Home » blog » Expats often struggle to pass on their languages 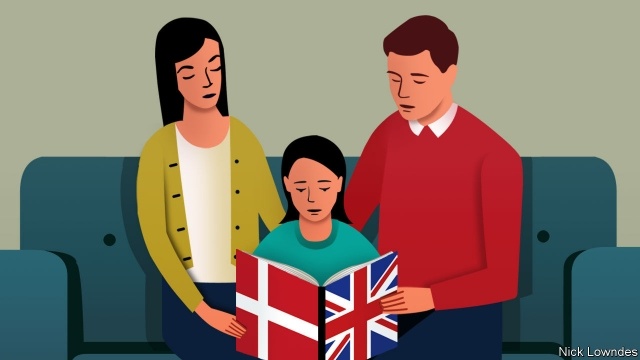 In-depth article from Economist on the struggle of expats to raise their children able to speak and write their native language.

Not sharing your first language with loved ones is hard. Not passing it on to your own child can be especially tough. Many expat and immigrant parents feel a sense of failure; they wring their hands and share stories on parenting forums and social media, hoping to find the secret to nurturing bilingual children successfully.

Children are linguistic sponges, but this doesn’t mean that cursory exposure is enough. They must hear a language quite a bit to understand it—and use it often to be able to speak it comfortably. This is mental work, and a child who doesn’t have a motive to speak a language—either a need or a strong desire—will often avoid it. Children’s brains are already busy enough.

The Economis quotes that today in the USA, 25% of the population speaks another language, yet they do not accumulate: most of the people comprising this number are first-generation immigrants. There are many factors associated with the loss of the original language in the second generation: from peer pressure, to institutional discouragement.

One of the suggested strategies is to speak heritage language at home, and the national language outside. Studies hint at improved cognitive abilities in those who speak several languages: they may be more adept at complex tasks, better at maintaining attention and (at the other end of life) suffer the onset of dementia later.

Languages are an intimate part of identity; it is wrenching to try and fail to pass them on to a child. Success may be a question of remembering that they are not just another thing to be drilled into a young mind, but a matter of the heart.