Home » blog » Are all translation booths the same? 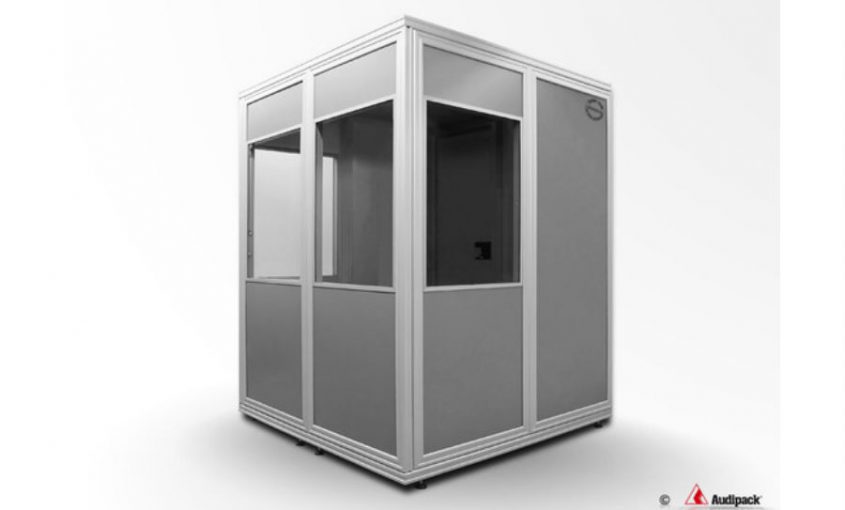 It is indeed, true: translation booths are a fairly niche market, and there are only a handful manufacturers in this business around the world. Consider the fact, that booths are bulky and heavy to ship – and you have a natural separation by continents. In North America translation booths are overwhelmingly represented by MCI, in Europe – by Audipack, and in Asia – by Legend Cases and their white-label resellers.

Translation booths can last a long time – the most wear and tear they get is not when they are used, but when they are assembled and disassembled. It’s almost like airplane maintenance – the number of take-off and landing cycles dictates when an airplane gets retired. So, it’s not surprising to see booths that have long been discontinued by the manufacturers to be still in use. There’s nothing wrong with that either: as long as it is visually not blemished, it will perform just as well as a brand new booth.

The only moving part in the booth is an air-circulating fan, and those do get replaced as they age and start making noise.

There is an ISO standard: ISO 4043 that describes every booth parameter for the manufactures: minimum dimensions, access into the booth, the size of the working table, and of course, noise absorption. If you are interested, you can download the ISO 4043 here . While the specifications address everything from window sizes to cable ducts, there’s no strict enforcement of the material: as long as the recommended noise absorption is reached, and the surfaces are non-reflecting, non-toxic and fire-resistant the booth could be made from anything that fits the criteria. And that’s what makes the biggest difference in the approach by one manufacturer from another.

MCI booths (a sister company of Multi-Caisses) are by far the most popular option in North America. MCI, a Canadian manufacturer in Quebec, has been in business for a very long time, and chances are, any booth you see at an interpreting event, is going to be their product.

MCI initially took an approach of using velcro strips to connect booth panels together. Their panels are made out of foam and covered by heavy-duty cotton. The first versions of their booths were fairly complicated to assemble, with panels attached to each other via plastic strips with velcro bands glues on each side. The strips were flimsy, and tended to break, and they were of different types – corner, middle, roof, etc. All of this tended to over-complicate the assembly, and the overall flimsiness did not impress the event organizers.

The next iteration did away with plastic strips, and now panels can attach directly to each other. This simplifies the assembly significantly, although the booth still feels quite flimsy overall – until you install a built-in table that adds some rigidity to the whole construction.

The latest generation of the top-of the line version in the product series switched to a latching system. We have not tried it yet, but are planning to get a new version for our next event.

MCI booths are very light, they fit into a compact ATA case, and are easy to maneuver to the location and back through the staff corridors at the event space. The company is easy to reach for those of us in North America, and replacement parts can be easily ordered.

LegendCases is an ATA case manufacturer in China, that also specializes in making translation booths. Their booths look attractive, both in features and in price: cost-wise, their booths are roughly half of a typical MCI booth.

Legend Cases approached their booth design just like they would build an ATA case: with aluminum framing and panels attaching to each other via large metal hooks going into each other like finger joints. The panels themselves are made out plywood and covered with laminate on the outside, and on the inside. Air is moved in the booth by two fans with wind-tunnel attachments where fans themselves are sitting outside the booth, so there’s zero ambient noise distracting interpreters or getting into the mic feed. Fan speed can be controlled by a dial located on the housing. Built-in working table could easily hold an adult standing on it if needed.

With large plexiglass windows and extremely sturdy look and feel, we always get compliments on how nice our booths look when we deploy them at the events.

Unfortunately what Legend Cases gains in sturdiness, it loses in weight. The booths are quite heavy, coming in at 300 kg in case. The cases are also wider than a typical ATA case, and sometimes become a challenge in logistics: both from the transportation point of view, as well as “last mile” where you have to wheel the case to the actual room. Rolling a 300-kg case on a carpet is a herculean task. The panels need at least two people for assembly and disassembly.

Taiden is known as a simultaneous interpreting electronic equipment manufacturer out of China, that took on the world of interpreting by storm, dethroning the undisputed king of equipment – Bosch.

They have begun offering their translation booths as well, but everything points to these being a re-branded Legend Cases booth:

Audipack is a manufacturer in Netherlands, known for their top-of-the-line audio and video solutions, offering translation booths as part of their lineup as well. Until recently, they were only selling in Europe, and you had to import them into the USA yourself – taking care of shipping and customs.

Recently, however, we see a number of vendors offering this booth for sale, and we will be placing an order to have one in our inventory to perform comparison with other booths that we have.

Are you a translation booth manufacturer? Do you supply to the United States? Contact us today – we would love to hear from you – we are always looking for the next best thing in conference interpreting.

Are you interested in renting a booth? We would love to help – we have a large inventory, and can work with you nationwide. Our translation booths have traveled from California to New York, and always make a great impression and a fantastic working environment for the interpreters.